Assembly of the Hydrogen Fueling Station’s canopy began on August 18, 2022. While the canopy only took the crew three days to assemble on site, the shop drawings and fabrication had begun last December. The canopy is supported by two large reinforced concrete footings that had to be poured in advance to achieve its required strength.

The next step is to assemble a mass timber structure inside the steel beams to support a glass ceiling. Once completed, the canopy will provide weather protection for the hydrogen dispenser users during fueling and visitors who are interested in learning more about the project at the plaza.

To learn more about this project and its impact on the city, visit the Infrastructure Development website.

VPFO Communications & Engagement recently did a photo shoot of the process of assembling the canopy. Visit the VPFO Flickr album to see the construction photos. 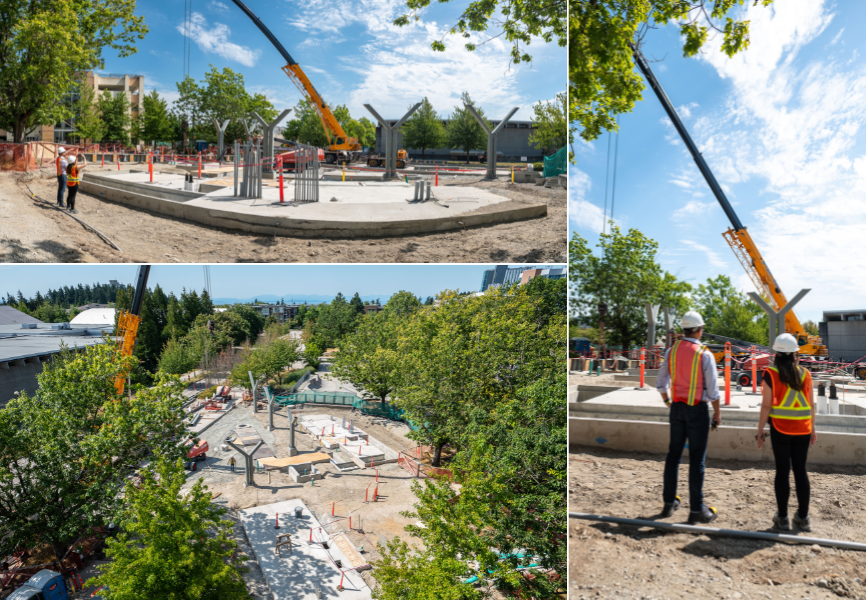 Give us your feedback...

Help us improve this page and website by sharing what you think. For inquiries regarding COVID-19, campus return planning, and health and safety, please contact ready.ubc@ubc.ca.